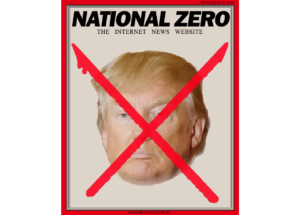 The moment I knew it was all over but the crying was at 11:24 pm EST, November 3rd, 2020, when Fox News called Arizona for Biden. My apprehension had been steadily building after Trump won Florida so decisively and so early in the night, shutting the door on a quick Biden win. There was an hour or two there when I had to entertain the possibility that there might be a second Trump term. Not that I had any real doubt that Fox News would do the right thing in terms of calling the election honestly (incongruous with their propaganda, of course), I was just surprised it happened so early.

It’s really hard to overstate the importance of that call. As we now know, shit went very badly behind the scenes at the White House right then and there. It was like a bucket of cold water being poured on the bonfire before Trump could start really burning things with it. Watch that “victory speech” he gave to the crowd at the White House at 2:30 am that night – You can tell he didn’t even believe half the shit that was coming out of his mouth. Trump was PISSED and he couldn’t hide it.

That was the turning point. The fight that’s going on right now – calling it a “fight” is charitable, because Trump is fighting losing like Vladimir Putin is fighting Parkinson’s – was anticipated to be so much more fierce. And Fox News ended it. All that bullshit for weeks and months before the election, when Trump screamed about how “the winner had to be known on election night” exploded when he needed to simultaneously argue that the counts needed to continue in some states but end in others.

You all know the rest. Wisconsin and Michigan were called the next day, upon which Jack and I agreed to “officially” call it on National Zero, as much as we could call the race. I was accused – and not wrongly – by one or two readers here of walking National Zero into a “Dewey defeats Truman” moment. Without getting too much into the weeds, I understand the apprehension they felt at the time, having gotten so used to the disappointments of the Trump era.

Anyway, Fox News calling Arizona (backed up by the AP shortly afterward) to me was the first domino. I went to bed tired and strung out as hell, but not worried at all.

So thank you Fox News for that and fuck you for pretty much everything else.

Swing voter focus group not down with the Big Lie

Jenner, taking up Trump’s campaign playbook, caught lying about something that was easily checked by the media

Actor Norman Lloyd dies at age 106; why you should care about the life of an actor you probably likely never heard of

Rocket launch could be visible along East Coast tonight

Don McGahn cleared to testify to House after 2 year delay

Ted Cruz stomps out of hearing on gun violence

China doesn’t really have any fans on Twitter, so they coded some

Maybe you should sit down for this shocker: Tucker Carlson’s entire story about a 2-year-old vaccine patient dying was a lie

Fucking tiger still on the loose in Houston, human arrested though

Rudy tried to get visa for corrupt former Ukraine prosecutor in 2019, probably to appear as a Trump impeachment defense witness

Greene calls for House GOP to slow down after the assumed cancelation of Cheney, perhaps to mount her own bid?

FDA approves Pfizer vaccine use for children as young as 12

Driver falsely claims to be officer in FBI, CIA, DEA and Treasury to avoid getting traffic ticket for running red light