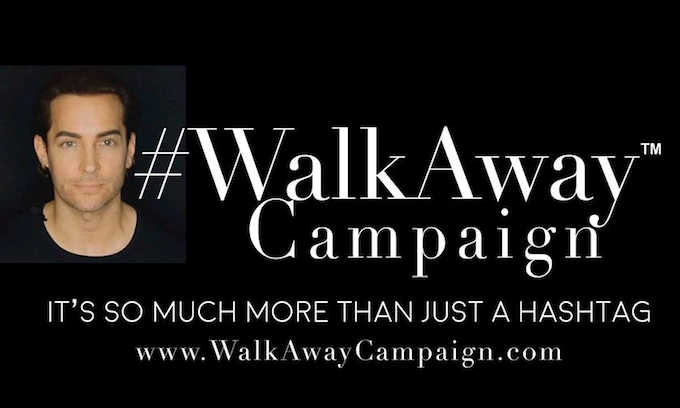 “On January 11, 2021, I was informed the FBI had received a tip indicating Brandon Straka had posted a video on Twitter depicting a location near an entrance to the U.S. Capitol on January 6, 2021 in which he shouted, ‘Go, go.’ I conducted open-source searches for Straka and found he was active on Twitter with the username ‘@BrandonStraka.’ As of the evening of January 11, 2021, the video of Straka near the U.S. Capitol entrance was no longer up on Straka’s Twitter account. Open-source searches revealed that Straka was a self-described ‘former liberal’ and the founder of the ‘WalkAway Campaign.’ The WalkAway Campaign website described the campaign as a ‘true grassroots movement’ that Straka founded on May 26, 2018.”

“Straka described himself making his way through a crowd of people and walking up the stairs to the U.S. Capitol. Straka stated that he observed two large metal doors. Straka said that he saw ‘nothing being broken’ and ‘nobody committing any acts of violence’ or ‘vandalism.’ Straka described a ‘bottleneck effect’ that resulted from the large group of people trying to get into the building. Straka stated that he was within 10 to 20 feet of the building when he saw ‘bursts of teargas coming out of the doors.’ Straka said, ‘Shortly after that, a man came out, he said, ‘They’ve cleared Congress. Everybody’s left. There’s no one else inside. Everybody turn around. No one else come inside.’ Straka further stated that the man ‘said something to the effect of it being a victory for us, we got what we wanted, they cleared Congress.’ Straka stated that he left the Capitol shortly after this interaction'” reads the FBI’s affidavit in support of the federal criminal complaint against #WalkAway founder Brandon Straka.

UPDATE 1/25/21 3:41 PM EST: “The FBI has arrested an Omaha man for his actions during the Jan. 6 attack on the U.S. Capitol. Brandon Straka, 44, was arrested Monday by agents from the FBI Omaha Field Office, according to a report from the FBI” KETV reports.

12 current Trump lawsuits that Donnie should be worrying about

Madison Cawthorn sits on a wheelchair of lies

Utah cancels thousands of vaccine appointments due to glitch

Women for Trump founder cancels Coca-Cola for some reason

Why they keep the Big Lie going

Trump to go with the old ‘stay tuned’ bullshit rather than formally declare he’s running for President in 2024 at CPAC: report

Nebraska GOP passes a resolution rebuking Ben Sasse, but doesn’t ‘formally censure’ him, as if there’s a fucking difference

Republicans gird for battle against Democracy

McCarthy bets his house Republicans will win majority in 2022

Manafort gets to keep 3 properties thanks to Trump pardon

Jim Jordan wrestles with an inability to conceive original thoughts

Man-Karen Federalist reporter melts down at Jim Acosta at CPAC, almost as if Acosta is somehow responsible for Trump losing

MAGA dipshit Congressmen signed letters saying they couldn’t be in House because of Coronavirus, even though they’re at CPAC