So it’s a Friday night and I’m trolling around on Twitter, and I end up on Rudy Giuliani’s Twitter page and what do I see? This: 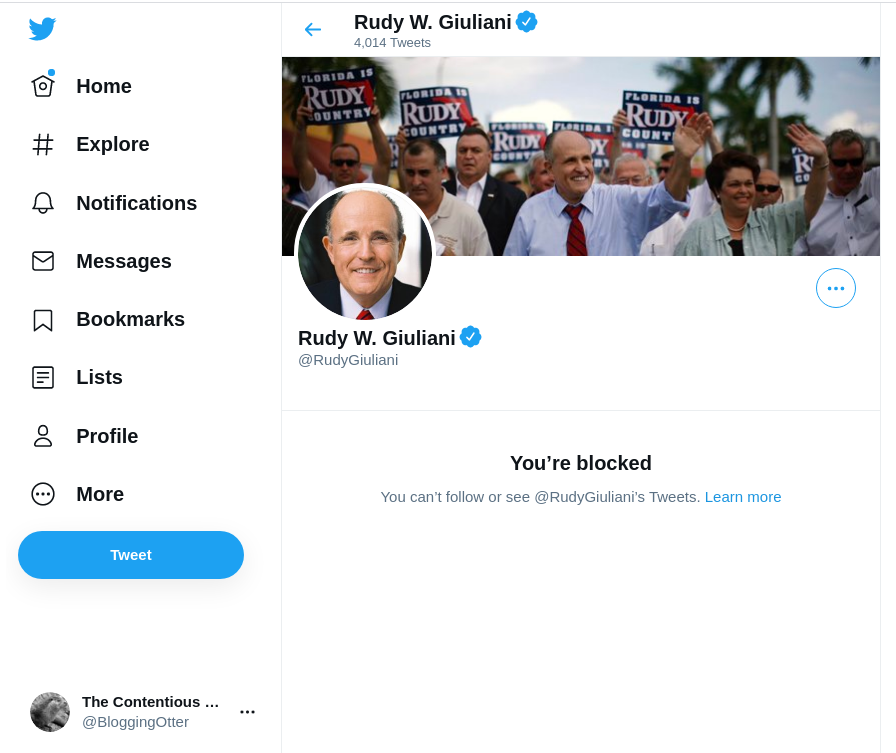 Maybe it’s my association with National Zero? Could it be all those comments on that other site where I mentioned the sections of the US Title Code that Trump and Giuliani appear to have violated? Maybe it was the the Globe and Intelligencer articles calling Giuliani a moron and a criminal?

There’s no question I wear this as a badge of honor. I firmly believe that the members of the NationalZero community are known to our lawmakers in Washington. They know our avatars, and the Republicans fear us for our comments, and our ability to sniff out and neutralize MAGA trolls.

I’m seriously considering having a t-shirt made that reads “Rudy Giuliani blocked me on Twitter”.