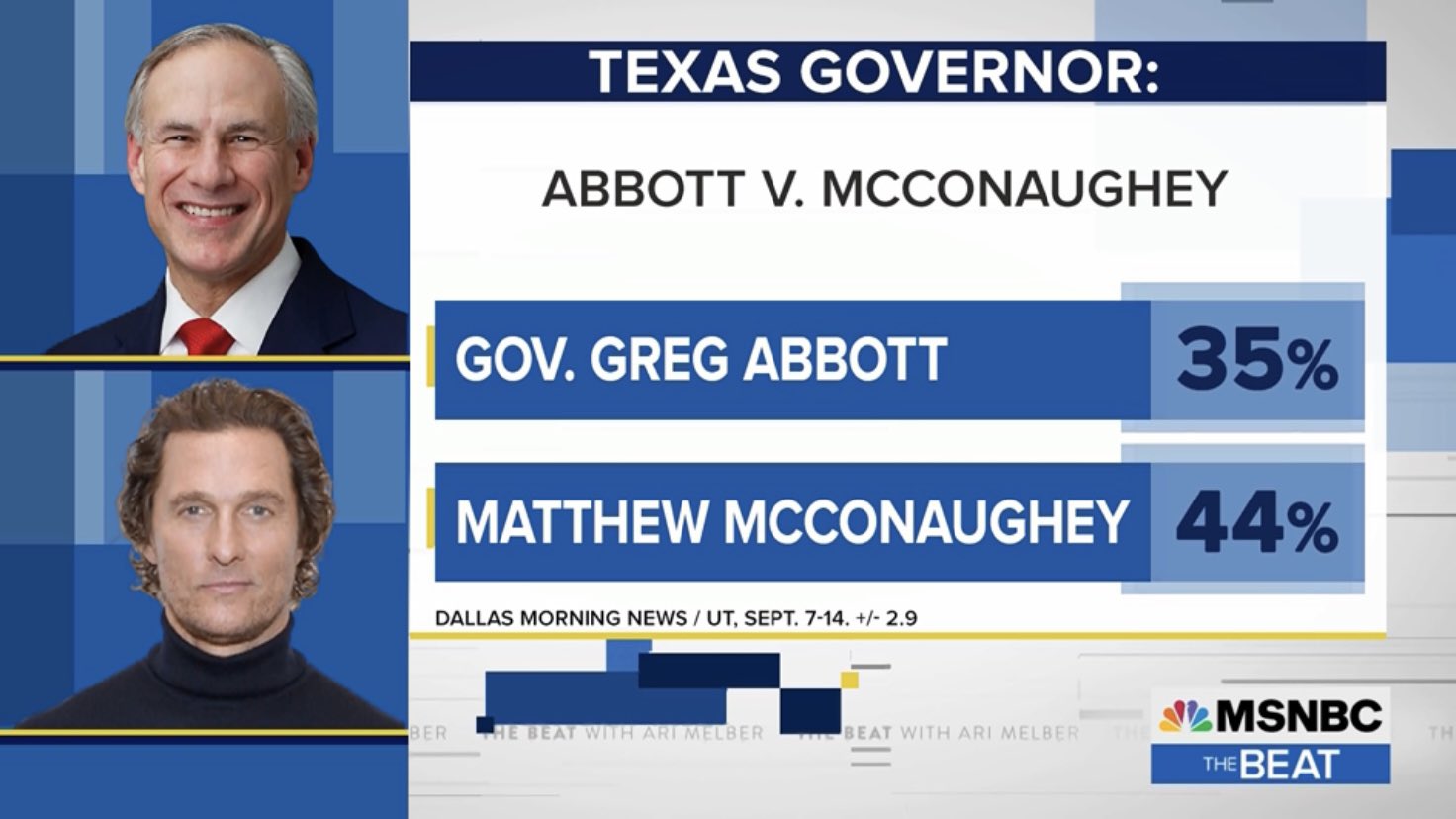 Actor and entrepreneur Matthew McConnaughey holds a nine percentage point lead over incumbent Republican Texas Governor Greg Abbott in a way-too-early poll of the November 2022 election in the state.  McConnaughey, a non-partisan who as yet has not definitively announced a candidacy, is rumored to be considering a bid for office.