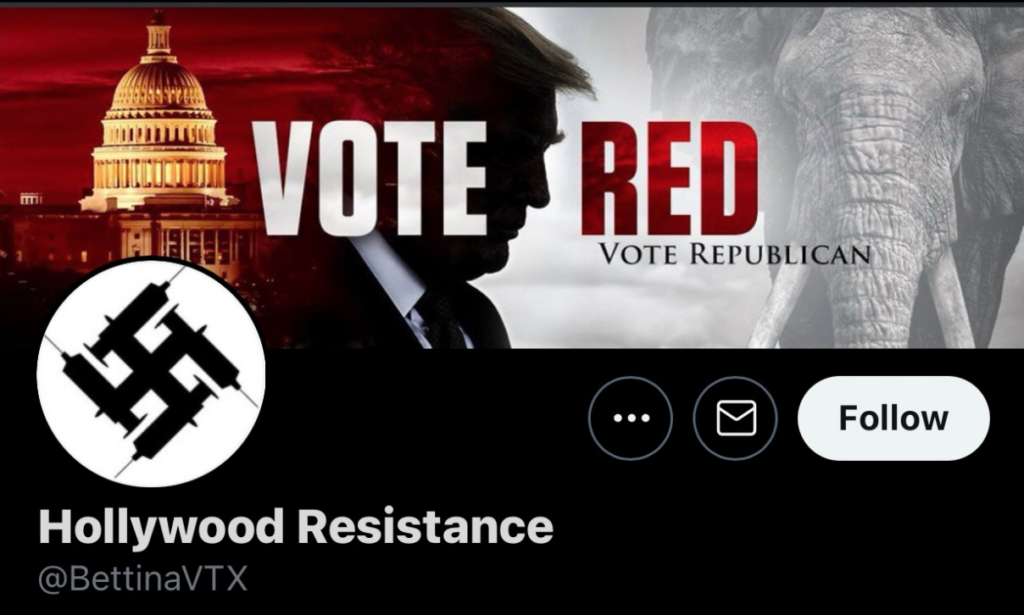 On Wednesday morning a spokeswoman for Georgia Republican Senate candidate Herschel Walker’s campaign told a reporter the Twitter profile pic for Texas donor Bettina Sofia Viviano-Langlais was “clearly an anti-mandatory vaccination graphic” when asked why Walker would hold a fundraiser at the home of someone who would put a fucking Swastika as their profile pic on Twitter.

On Wednesday afternoon Walker’s campaign released a statement saying “Despite the fact that the apparent intent behind the graphic was to condemn government vaccine mandates, the symbol used is very offensive and does not reflect the values of Herschel Walker or his campaign” and that they were cancelling the fundraiser, so all’s well that ends well. Read more at AJC.