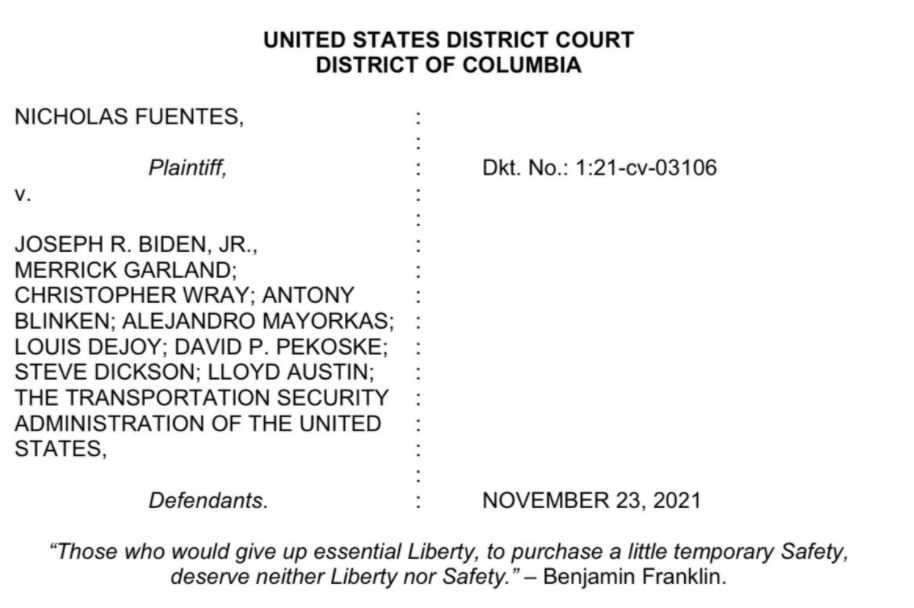 White Nationalist asshole and Anti-Semite Nick Fuentes has sued the Biden Administration (and Louis DeJoy for some reason) alleging constitutional blah blah blah over his being allegedly placed on a federal “No Fly List”, a measure usually reserved for actual violent terrorists.

As Daily Kos described it in April when Fuentes first publicly claimed that he was legally banned from boarding a commercial flight: “It’s not clear at all that Fuentes, general of the so-called ‘Groyper Army,’ is even on a federal no-fly list. It’s far more likely that he has been banned by certain airlines from flying with them for his bad behavior onboard – he was removed from a Southwest Airlines flight for refusing to put his mask over his nose and then telling the attendant, ‘Fuck you’ – or for his widely broadcast rants ‘joking’ about mass murdering people at a flight attendant school as well as waiting for them and killing them in the airport parking lot.”