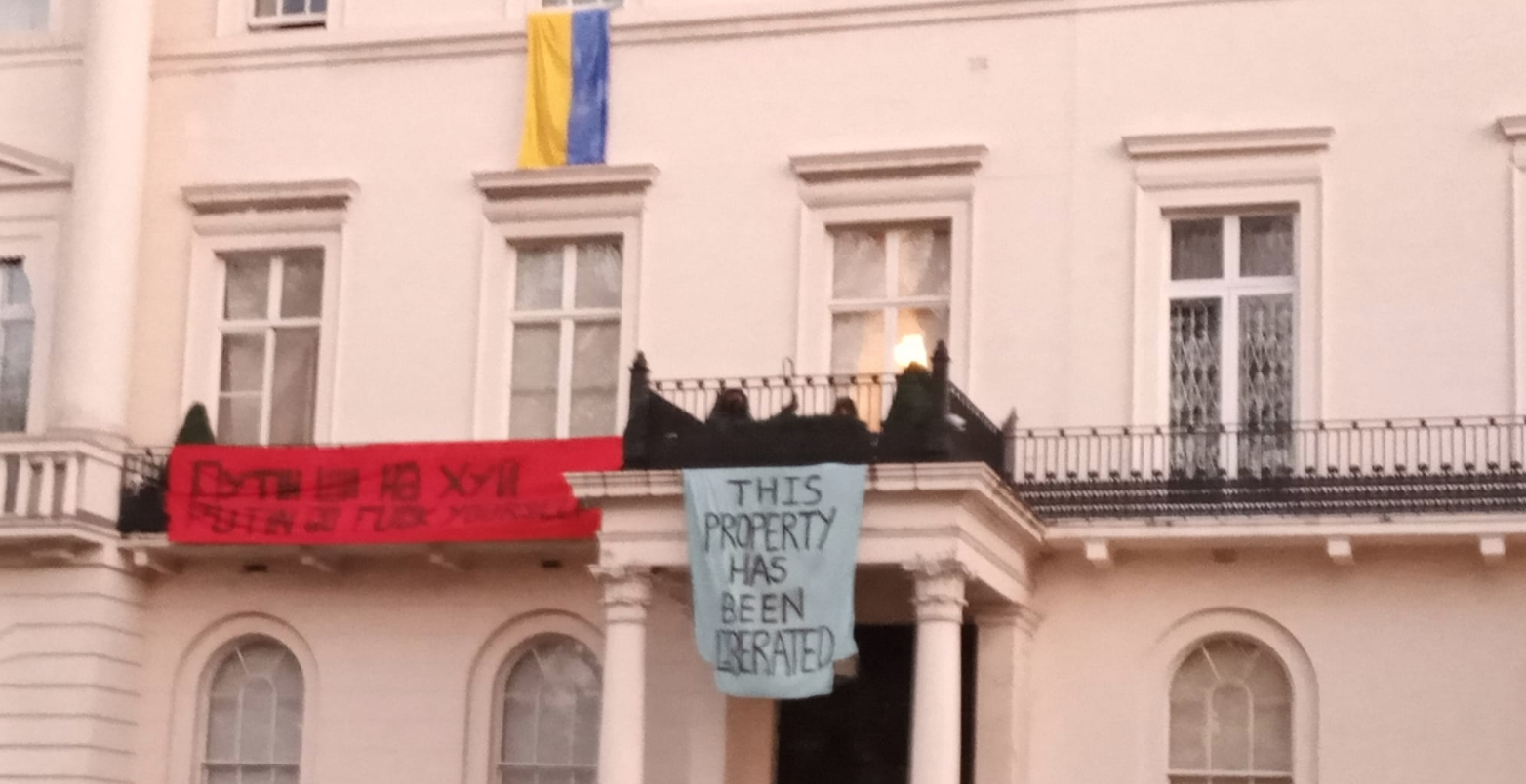 Squatters have taken over a mansion belonging to Russian oligarch Oleg Deripaska, seizing the property with the intent of it housing Ukrainian refugees whenever they arrive, reports Resist London on Twitter. Cops are posted outside but are reportedly not ordering anyone to leave as the squatters are claiming the place under a proviso of a law called Section 6 – which means that as long as none of them live or sleep at the property they can occupy it in rotating shifts.

Derpaska is a well-known figure to Trump-Russia aficionados as scumbag Paul Manafort was deeply in debt to the oligarch when he took the unpaid job of Trump 2016 campaign manager and began feeding internal voter data to Russian intel sources in order for them to know whom to target with propaganda via social media. Deripaska’s DC mansion, next door to George and Kellyanne Conway’s home, was raided by FBI agents in October 2021 though no further movement by the Department of Justice against the Putin pal has surfaced in the months since. Might be a good place for some DC-area lib protestors to keep warm for Ukrainian refugees too.

Fox hosts mad that the candidates they chose lost

Never forget which day it actually is

Vlad looking at Venezuela or Argentina to flee to: Ex-minion

George Soros is National Zero Person of The Year 2022

Trump Organization guilty on all counts

Trump had undisclosed $19.8 million loan from company tied to North Korea when he took office

Kirk wants Republicans to move out of DC