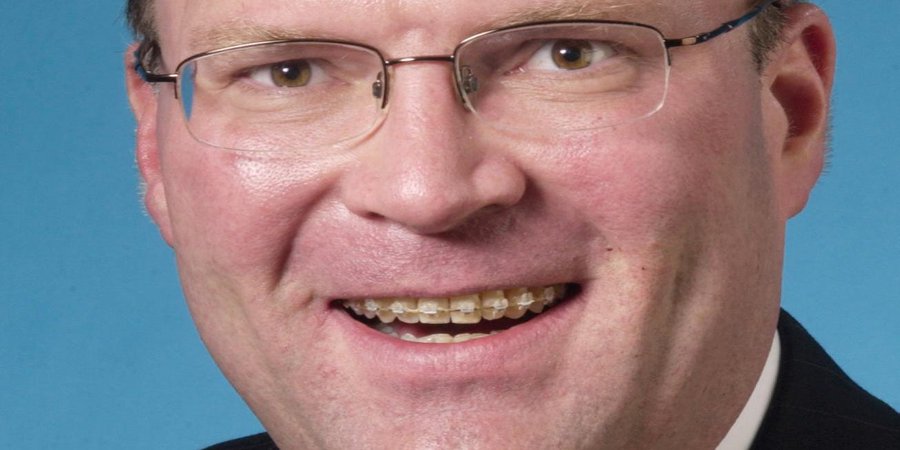 Wisconsin Assembly Speaker Robin Vos has “paused” the moronic “review” into the 2020 election led by braces wearing fat former state Supreme Court Justice Michael Gableman, supposedly while civil cases against the fake probe work themselves out, the Milwaukee Journal Sentinel reports. “Until we win those lawsuits, you know, we are pausing the investigation because it’s not like we’re going to keep looking into things we’ve already discovered,” said Vos, still probably pissing his pants in fear of the Orange Caesar endorsing some primary opponent against him.

Gableman, pictured above, will still get paid $5,500 a month (plus $2,500 for rent) for doing nothing, however, while the five separate lawsuits into the probe are adjudicated. “This is going to end up costing taxpayers a lot more than $5,500 because it’s going to drag on for months and months and months. Lawsuits tend to rack up other expenses,” said Dem state Rep Mark Spreitzer.