Rejoice readers! For today is National Zeromas, the two year anniversary of this not particularly esteemed news website’s founding! Grab a cup of hot cocoa, dump a lot of ice in it and put it in a different cup with a straw because it’s June, and settle in for the long tale of the very first National Zeromas and the history of our site over the last two years of highs and lows.

It begins in a far away land, or not so far away depending on where you live, in the New York City borough of Brooklyn, when the ubiquitous, abrasive, and profane TheHill.com reader and commenter Spartan had nothing even remotely resembling a vision or a plan but a vague ambition to someday make a news wire website emulating the model of PoliticalWire.com, a very popular rapid-fire update blog and Disqus community run by former congressional staffer Taegan Goddard. Political Wire’s content model is largely to copy and paste the lede and an additional paragraph or two from an article or analysis rather than compose an original report as this obviously is the most rapid way to aggregate news from various local and national websites.

Spartan had already launched a Tumblr site with the intentionally ridiculous name Spartan America News World Max with the intent of providing a separate space within the Disqus environment for like-minded regulars from The Hill to complain about the site’s incompetent moderation or just bullshit about whatever else was on their mind. Updates were very infrequent and there was no real purpose to the effort. But it was a testing ground for what came later.

Now, it’s important to understand something: Spartan as a very popular commenter on The Hill loved getting upvotes, but it was not the quantity of votes themselves that were the important part, as it was just a number. Having the most upvotes on a thread meant being “Best” on that thread, and being “Best” on a thread meant a lot of angry, irritated replies from MAGA trolls, like this one from when Bernie Sanders dropped out of the 2020 Dem presidential primary:

In the Spring of 2020 parties unknown spun up some liberal spam upvote bots to boost posts by Spartan and other left-leaning commenters. It was no more than 4 or 5 per post and nothing even remotely on the scale of obnoxiousness of the “kissbots” that still come and go these days. Yet worried about the unfair advantage given to the anti-MAGA forces in an apocalyptic election year, the Hill’s management pushed Disqus to remove upvotes while they kicked out the bots, something that ultimately took 35 fucking days for the notoriously lazy Disqus dev staff to fix.

On day three Spartan was already fed up with the lack of angry replies and resolved to act. Names such as “Spartan Wire”, “Spartan News”, and others were rejected due to some assholes having already bought the “.com” domains. A .com was deemed essential as the only option for a TLD despite the rarity of good ones available these days. Who the fuck wants a “.net” or “.xyz”? It also quickly became apparent to Spartan that a site with his moniker in the name would be kind of overly egotistical and douchey. After quickly determining that there are too many goddamned sites with “Daily” in the name – “Daily Beast”, “Daily Caller”, “Daily Wire”, “Daily Signal”, “Daily Dot”, etc – and not enough “National” ones, Spartan decided on “National Bird”.

Well some cocksucker bought NationalBird.com in 2005, but “National Zero” was available. It’s memorable and rhymes with “National Hero”, so Spartan decided to buy it in about 25 seconds, plunging forward on a whim. Using his mediocre web development and front end design skills to strip down the off-the-shelf default WordPress theme and come up with something that looked okay, the first ever post “Day Zero” went live on June 24th, 2020.

It wasn’t until the next day when Spartan posted the first ever National Zero article, “Ted Cruz joins Parler” and history was made. Four days later Jackinec volunteered his services, forging a strong and lasting partnership, only through which is content production possible here.

Together they cranked out dozens of updates a day – with Spartan leaning mostly on outside content and Jack composing mostly original articles – as the 2020 campaign hurtled into its kind of always inevitable conclusion, through the terrifying but also pretty hilarious too post-election period, into the apocalyptic week of January 6th, on to the Biden presidency. And for a while this was great. Headlines hilariously incongruous with or otherwise cleverly played on a CNN, NBC, New York Times etc article’s content became a staple of National Zero’s draw.

As 2021 progressed however, Spartan grew restless and sick of being mostly a Political Wire clone by using pirated content written by others, and the guilt of carrying less weight by recycling the work of others while Jack would still mostly compose originals grew increasingly difficult to bear for him. On November 30th, 2021, Spartan decreed that all articles would from then on out would be originals, save for a few exceptions such as press releases, court documents, etc, and a very brief reversion borne of frustration with a fucking malfunctioning keyboard a few weeks ago. Thereafter he slowly but steadily grew more confident in his ability to report, with his own spin, his own liberal application of profanity, his own voice in delivering insight into what the hell’s going on in the news.

So dear readers, this is not the real founding date of National Zero. The one you know today, the slower, more ponderous, less rapid-fire cluttered, less pirated version, and the one Spartan fully takes a lot of pride in having built and now thrives with a robust community many, many times the size of its original one was born last November. We guess that’s National ZerEaster now. 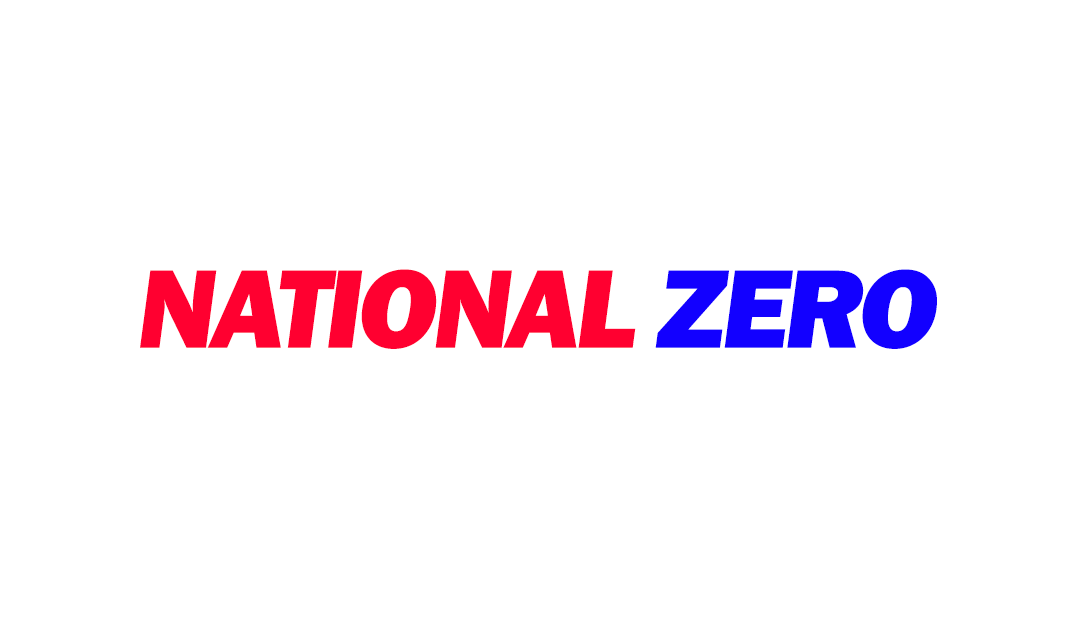 Too many paragraphs, needed to break this up visually.

Now to finally stop writing this in the third person like a total dickwad, I cannot thank you all enough for all the support you’ve given us these last two years, the feedback, the encouragement, the donations to keep the site running on its own modest budget. Like I’ve written before, the internet is a vast graveyard of failed, half-assed efforts at building audiences for content creators. Not everything has gone smoothly here, nor have really any of my promises and plans to offer merchandise, split the Disqus installation into two tiers (one tightly moderated, the other pretty much not at all), or even put in a goddamned contact form have been fulfilled, but I’m lucky none of you have been tearing me a new asshole over those failures so much as politely nagging.

Even luckier for me is to have such problems at all as the demand for them doesn’t exactly materialize out of thin air. National Zero is nothing without you, our audience. We’re getting better at this as you and the world we deliver to you continue to challenge us to improve.

Thank you for being a reader and thank God that National Zeromas fell on a Saturday this year after this fucking week we had. Otherwise this piece would’ve been much shorter. You’re welcome.

PS: And a very extra special thanks to the Contentious Otter for his contributions to National Zero in its earlier stages and looking forward to the opportunity to include him once again in future stages. And to the rest of our mods for helping keep this town clean.