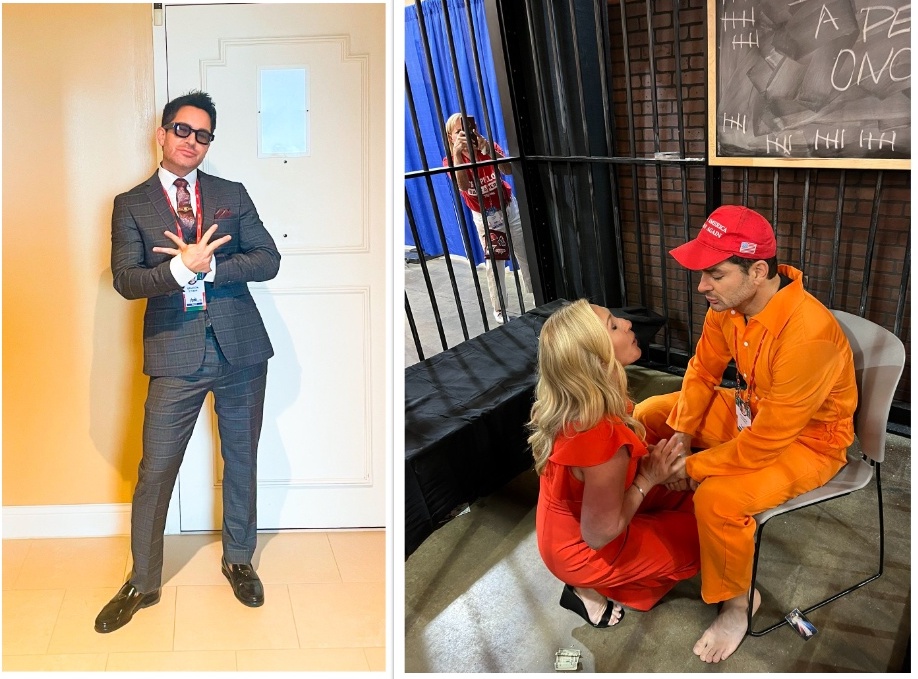 You may know Brendan Straka as one of the hundreds of Republican domestic terrorists who attacked Congress on January 6, 2021 to undermine the Constitution and reinstall loser Donald Trump back into the White House for a second term.  Or you may not know him at all.  (God bless ya if you fall into the latter category.  You are truly lucky.)

The two photos above are from Friday:  the one of the left is his Twitter post–and yes, he has an active Twitter account, so not *all* MAGAts are silenced on social media as they claim–where he was promoting a speech he was giving during the cult fest.  The pic on the left, feature Equine-American Congresswoman and fellow performance artist Marjorie Taylor Greene (Q-Ga.) shows him reenacting the brutal jailhouse conditions he subjected himself to by being a domestic terrorist.  Look at the fake tears!  The bare feet (on him, thankfully… many of you just ate, I’m sure), the MAGA cap that wouldn’t be allowed in a prison but is there thanks to artistic license.  Oh, the horror!  The pain!  Oh, the… whaddaya mean he was never in jail and he was given three years probation for his crimes?  So it’s just fraud then?  Typical.