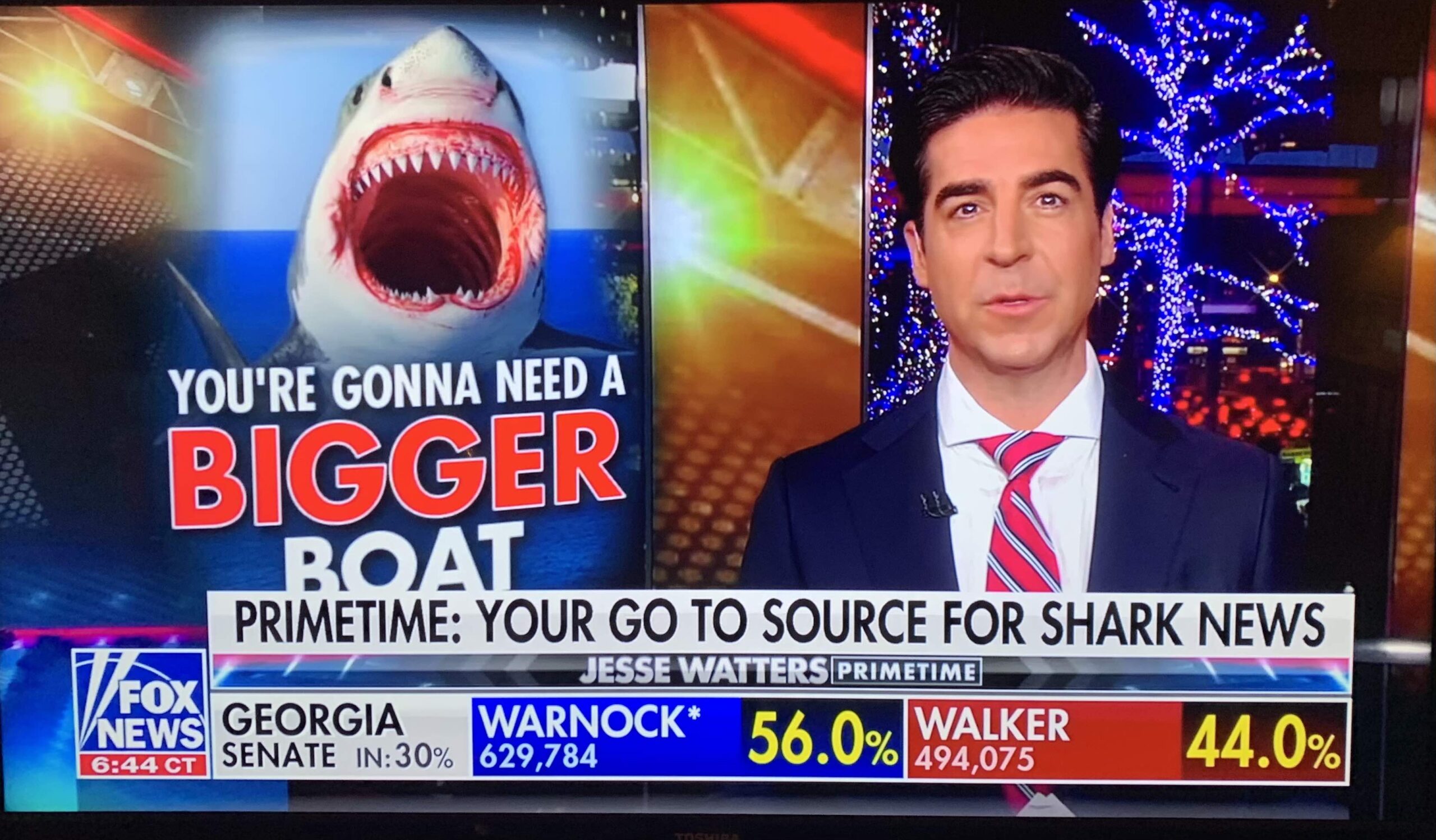 Jessie Watters is literally talking about how horrible it is that someone (they say) said shark researchers are racist because they’re mostly white men.  Isn’t it ridiculous, Watters said in bro-ing with fellow broservative Clay Sexton, and yes, we must agree:  it really is, primarily because it’s not anything anyone is talking about.

But that’s what you’ve got to do when the GOP candidate to whom your network donated hours of free airtimes to seems on the precipice of going down in flames in a Senate runoff.  So while real networks are covering the election–and the conviction of Donald Trump’s companies in a massive fraud case–Fox will cover sharks.  Or the cost of a suicide prevention net on the Golden Gate Bridge.  And then how short people using umbrellas impede tall people.  (Yeah, really.  Watters whined about that.)