Responding to an undated but apparently recent photo of them together at Mar-a-Lago surfacing Monday, Trump superfan and allegedly former mafia boss Joseph “Skinny Joey” Merlino told the Philadelphia Inquirer on Monday that Donald had no idea who Merlino was when the pic was taken. 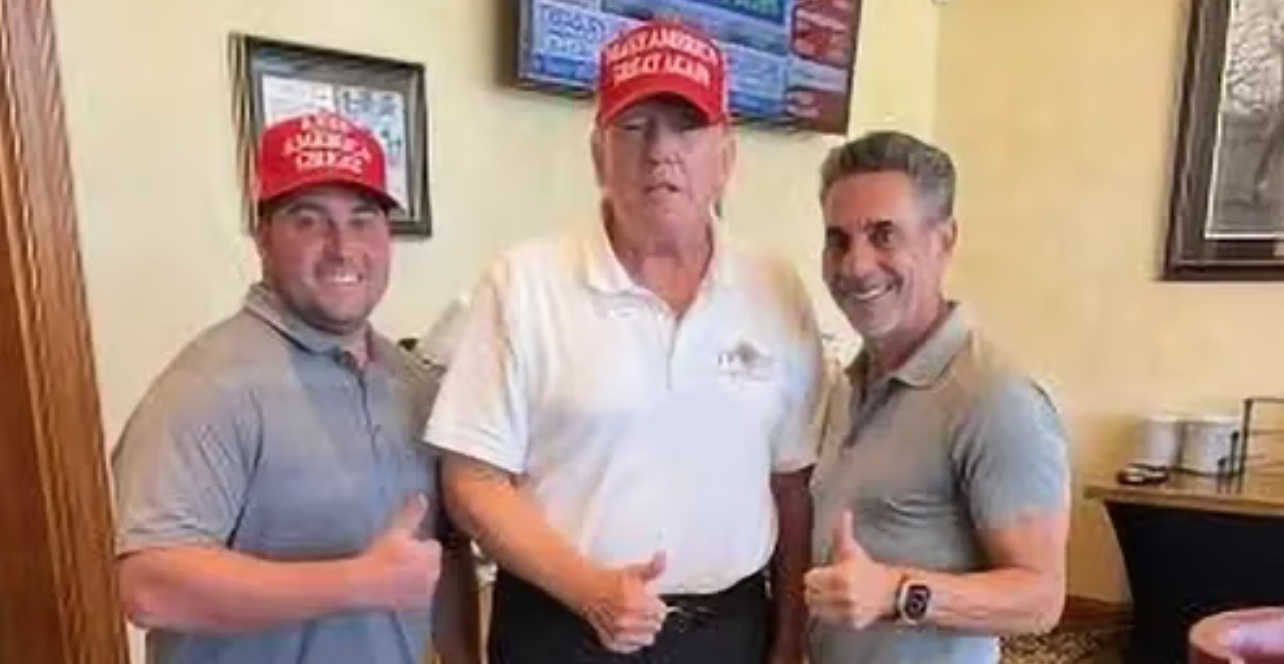 “The guy had no idea who I was,” Merlino told the Inquirer about the circumstances surrounding the photo in which Trump also looks not especially far from death. “I’m a golfer. There were 100 people in line waiting to take pictures. He takes pictures with everybody. He’s the nicest guy in the world.” Merlino wouldn’t answer questions about the identity of the third man in the photo, meaning he could be either just Merlino’s nephew or another Russian spy posing as a Rothschild heir.

A Trump spokesworm similarly denied knowing either of the men and just said he takes pictures with plenty of people he’s never met before, but who cares if he’s even telling the truth. It’s not like this is even a big deal anymore considering that people far more dangerous and sinister than dumbass stereotypical 20th century Italian mafia gangsters have come and gone from Mar-a-Lago.