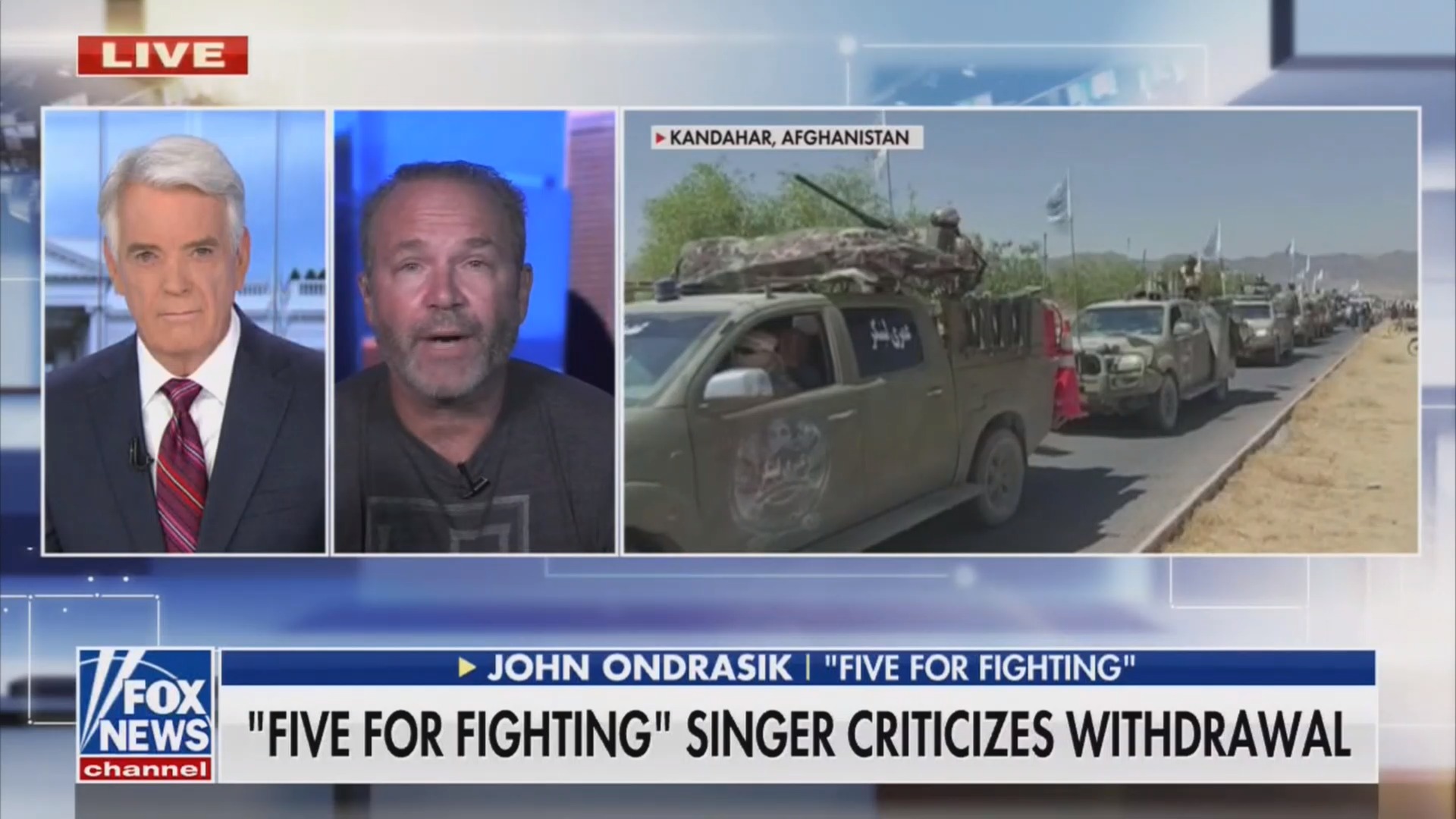 Vladimir John Ondrasik III, better known by his stage name “Five for Fighting,” was invited on to Fox News for an afternoon live spot to promote a song he performs decrying President Joe Biden’s oversight of the withdrawal of American troops from Afghanistan.  Titled “Blood on My Hands,” the song will surely be played at future GOP rallies, though it surprisingly doesn’t include any mention of the troops lost under the command of Donald Trump or George W. Bush, nor does it acknowledge the 620,000 Americans who have died from the coronavirus.

Ondrasik, who hasn’t had a Top 100 Song since 2009, was invited to share his views on the network that routinely savages celebrities who dare to share their political views.  The Ondrasik/Nugent/Kid Rock tour is allegedly in the planning stages.  Look for dates at a tractor pull near you.