Hillary Clinton spied on President Trump! Remember that? She and Obama tapped the wires in the Trump Tower, the Trump 2016 campaign headquarters, and even the White House. A few months ago Special Prosecutor John Durham, who’s going to take down the entire Democrat-led Deep State said she spied on Trump, so she should be indicted soon for that. And the uranium scandal. It was massive crime. She sold all of our uranium to Russia and personally profited from it. That was treason. She also colluded with Putin to undermine Trump’s presidency with the phony “Dossier”. 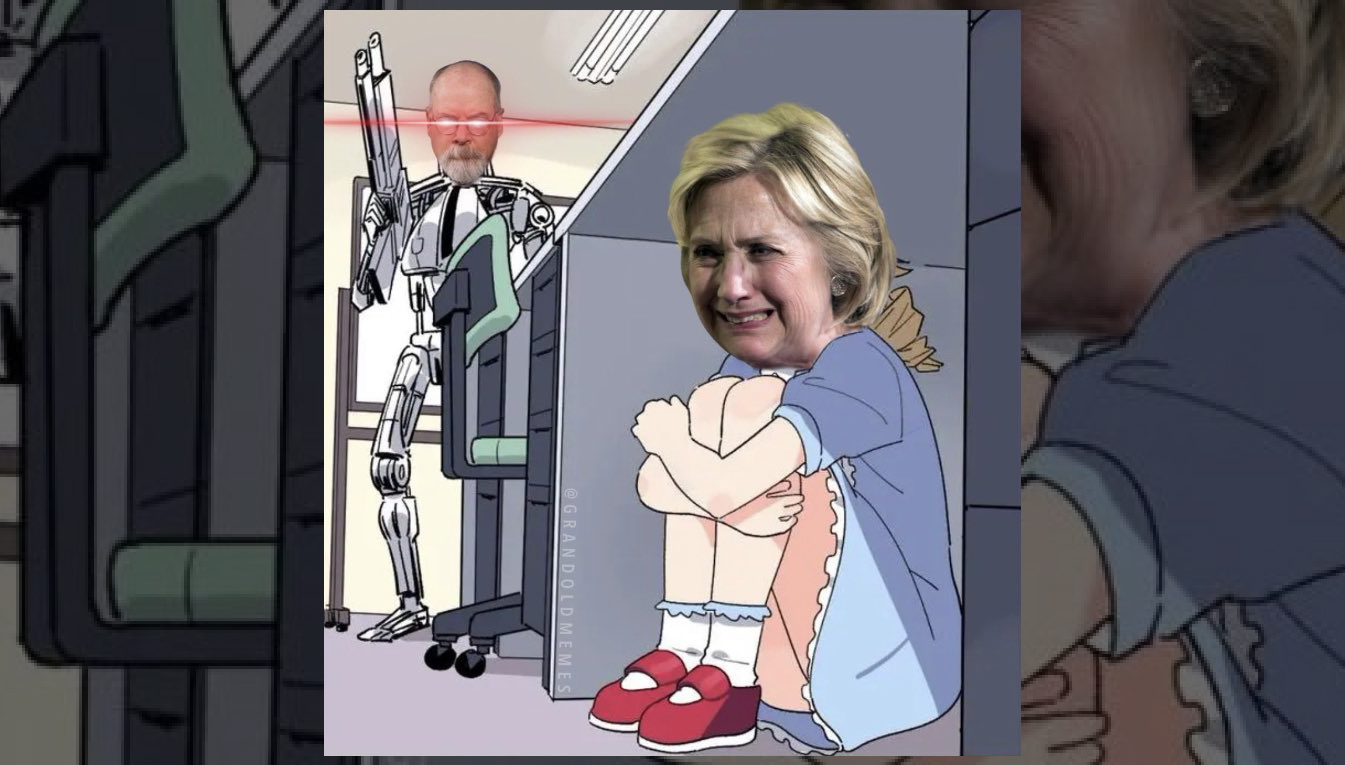 This is basically what’s happening now.

She’s going to prison. Any day now. All the corruption and evil Hillary has been involved with is, it’s like the biggest crime spree in American history. John Durham is a machine. He’s unstoppable. He’s going to take her down. Hard. Like capital punishment, purposely botched lethal injection hard. She spied on President Trump. Spying is treason. Treason is punishable by death. Hillary Clinton is so goddamned fucking screwed it’s not even funny. She’s doomed. Terminated. Done.