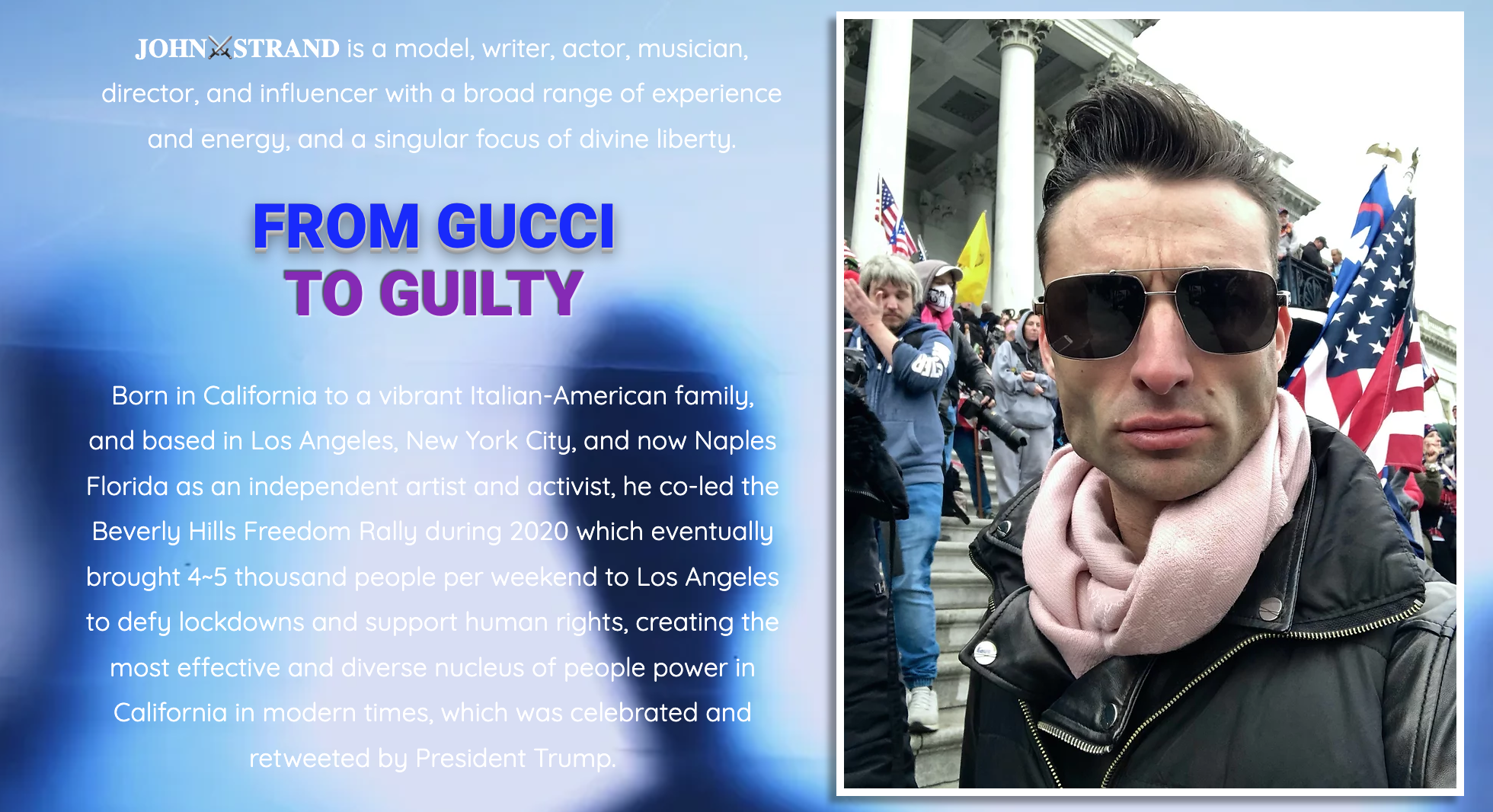 A DC jury on Tuesday convicted John Strand, a flamboyant male fashion model and boyfriend to anti-vaxxer quack Capitol rioter Dr Simone Gold, of four misdemeanors and one felony count for his participation in the January 6th, 2021 MAGA insurrection, Ron Filipkowski reports. Strand did not commit any crime of violence, vandalism, or theft while wandering inside the Capitol during the attack, he simply was such a total assclown that he couldn’t just to what his sugar mama did and take a plea deal for a single misdemeanor and two months in the clink.

Fox hosts mad that the candidates they chose lost

Never forget which day it actually is

Vlad looking at Venezuela or Argentina to flee to: Ex-minion

George Soros is National Zero Person of The Year 2022

Trump Organization guilty on all counts

Trump had undisclosed $19.8 million loan from company tied to North Korea when he took office

Kirk wants Republicans to move out of DC

Amnesiac Tucker forgets January 6th attempt to undermine Constitution, something he clearly does not understand