The Munn family of Texas, whose hilariously heartwarming January 2021 family vacation adventure to save America from Soros ended with federal indictments, guilty pleas, and ultimately jail time for the parents and probation sentences for their dumbass adult kids on Wednesday. 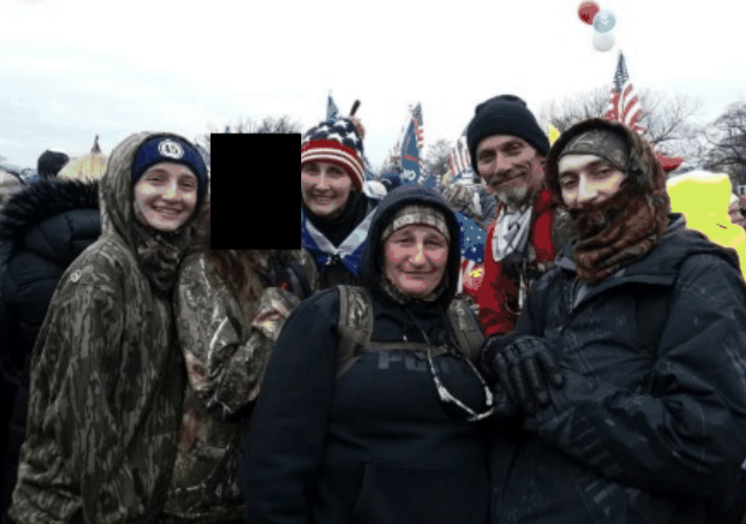 The one whose face is blacked out was a minor at the time and was not charged. The two daughters on the left, Kayli, 20, Kristi, 30, and the son on the right, Josh, 25, were each sentenced by DC Circuit Judge Beryl Howell to three years of probation – including drug testing. Josh and Kristi were also hit with 90 days home detention. Parents Dawn “Maw” Munn, 57, (center, looks like Ted Cruz) and Tom “Paw” Munn, 55, (right, looks like meth personified) both got 14 days in the clink, plus 90 days home confinement, plus three years probation. All details by CBS News workaholic Scott MacFarlane in a long, long ass thread full of Howell berating the Munns.