Fox News host (and product of breeding a tree sloth with lime jello) Tucker Carlson is very, very upset that a real journalist was checking on Carlson’s claims that his communications were monitored by the National Security Agency.

Ken Klippenstein, a reporter for The Intercept filed a FOIA request with the NSA for the FOIA request Carlson’s producer filed.  And he got it.  (To be fair, he also found that Buzzfeed News got it two days before of him.)  The Carlson FOIA request was filed the day Carlson made the claim that “a whistleblower” told him his communications were being monitored by the NSA.

Carlson, who referred to Klippenstein as “some stooge at the Intercept, some joke billionaire-funded website” while sitting at a desk purchased by billionaire Rupert Murdoch, seems to not want people to see what the FOIA request says.

And that thing is… why was Carlson looking for NSA files on him from January 1, 2019, more than two years before Joe Biden became president?  And when did the NSA intercept communications from Russians referring to Tucker Carlson?

It seems Tucker’s got some ‘splainin’ to do… but he won’t, of course. 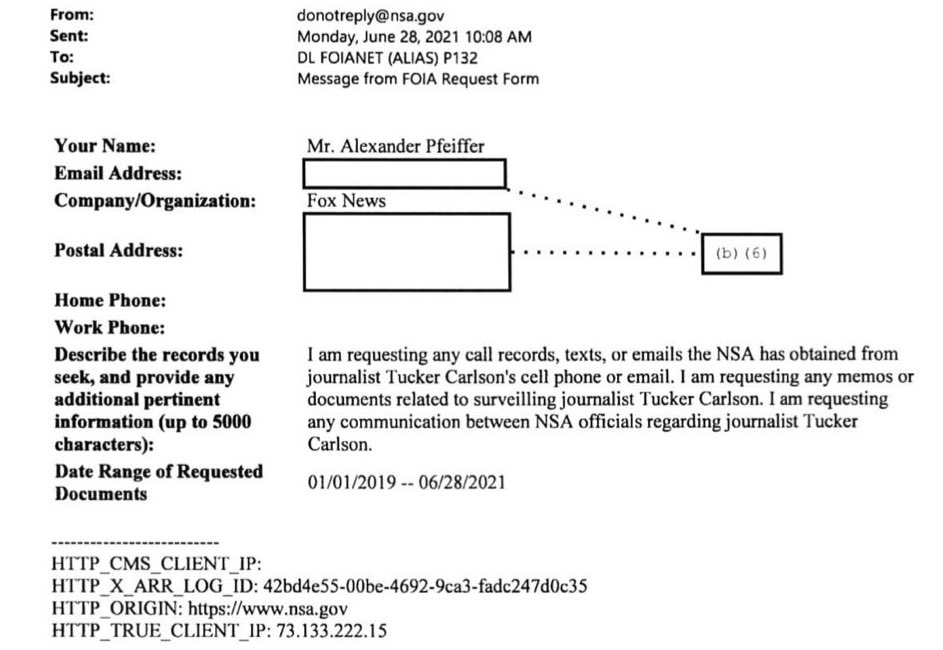