This evening will mark 48 years since Richard Nixon announced he would resign effective at noon the next day. If you’ve ever read The Final Days by Woodward and Bernstein you know that it was an absolute shitshow of dysfunction inside the White House as Nixon steadily and inexorably lost his grip on power, with Republican Senator Barry Goldwater and pals telling him the jig was up and an impeachment by the House would result in a swift conviction in the Senate trial. 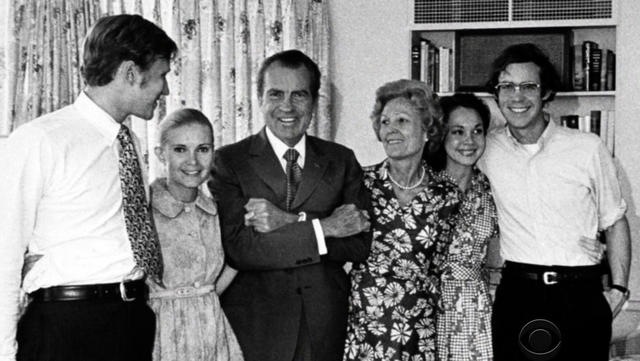 Now Woodward and Bernstein are still working, you see them on TV and in print. Then there’s guys publishing op-eds and doing appearances on MSNBC like Richard Ben Veniste, Nick Ackerman, and others who worked in Watergate special prosecutors Archibald Cox and then Leon Jaworski’s investigations. Nixon White House counsel John Dean’s still on the circuit too. Hell even Hillary worked the House Impeachment inquiry legal team. Henry Kissinger is still alive, God knows how.

But there’s one man with a unique perspective who, if he wasn’t so busy, would be great to hear from about what it was like inside Washington as everything came down for Tricky Dick.

That would be the current President, Joe Biden. While he’s very unlikely to be the only person currently still collecting a government paycheck who was around in 1974, he has the very unique distinction of being the only federally elected politician still in DC in 2022, having been sworn into the Senate in 1973 at the age of 31, then Vice President in 2009, and finally President in 2021. Only Alaska Congressman Don Young, who despite his name was actually pretty old when he died in office a few months ago, was also around during Watergate and Nixon’s end.

Now Joe Biden isn’t Robert Duvall being interviewed for a documentary about the making of The Godfather. He’s not exactly available to sit down and reminisce on camera about what it was like in the Senate during the final days of Nixon. Still though, he would have a hell of a unique perspective to have been in politics for four of the five times the House of Representatives opened an impeachment inquiry into the president of the United States. First with Nixon, then in Clinton’s Senate trial, then both times being technically the intended victim of the high crimes and misdemeanors of his disgraced predecessor. Don Young might’ve voted on three of the four articles of impeachment brought against a President, but he sure as shit didn’t have Trump send his fans to attack the US Capitol because Don Young won an election. That was Joe Biden.

Yeah, maybe this is a downer, talking about our current president as an obsolete living relic of a bygone era when the president was actually held accountable by his own party over a grave breach of public trust. A mediocre lifer who sits as the embodiment of the long systemic rot of American political culture, some who voted for him might say. A doddering old fool unequipped for the dying thrashes of the white Christian conservative hegemony that fueled and were fueled by his miserable failure of a predecessor’s regime, others – who also voted for him – might say.

Then there are others, present company included, for whom the best we’ve got right now isn’t that bad at all. Actually kind of good. And maybe even that long experience is more of an asset than it is a liability, that having seen Nixon, Ford, Carter, Reagan, Bush, Clinton, Bush again, Trump, and yes even his former boss Barack Obama screw up gave him a pretty good compass for what and what not to do to make Washington actually work for people. Or something like that.

Look, we don’t know what it is, okay? All we know is that if 48 years later after his seeing Nixon’s downfall up close, Fox News is complaining about Politico being too praiseful of Joe Biden’s legislative and executive successes then he’s doing something right. That’s a big fucking deal.

At induction center, Russia conscripts told to fend for themselves

DeSantis privately talking a lot of shit about Trump: report

Ken Paxton fled his home to avoid being served with subpoena

Walker wants you to know he’s got some Native American friends and they’re perfectly okay with Atlanta mascot, so there

Get outside! Look up! Jupiter will be brightest it’s been in 59 years

Dozens show up to Mastriano rally

Kurdish women in Syria stage protests in solidarity with Iranians

DeSantis declared state of emergency for Florida, but only because of an approaching hurricane, not in general as he should

Watch your posture: how you sit, stand determines how quickly oral medications are absorbed into your system, study finds